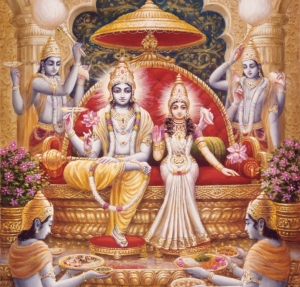 “There are five kinds of liberation: sālokya, sāmīpya, sārūpya, sārṣṭi and sāyujya.
Sālokya means that after material liberation one is promoted to the planet where the Supreme Personality of Godhead resides. Sāmīpya means remaining an associate of the Supreme Personality of Godhead. Sārūpya means attaining a four-handed form exactly like that of the Lord. Sārṣṭi means attaining opulences like those of the Supreme Lord, and sāyujya means merging into the Brahman effulgence of the Lord. These are the five types of liberation.
Śrīla Prabodhānanda Sarasvatī has sung: kaivalyaṁ narakāyate. The impersonalist’s conception of becoming one with the effulgence of the Lord is exactly like hell. Therefore, of the five types of liberation, the first four (sālokya, sāmīpya, sārūpya and sārṣṭi) are not so undesirable because they can be avenues of service to the Lord. Nonetheless, a pure devotee of Lord Kṛṣṇa rejects even these types of liberation; he aspires only to serve Kṛṣṇa birth after birth. He is not very interested in stopping the repetition of birth, for he simply desires to serve the Lord, even in hellish circumstances. Consequently the pure devotee hates and fears sāyujya-mukti, merging into the effulgence of the Lord. This merging is due to an offense committed against the transcendental loving service of the Lord, and therefore it is not at all desirable for a pure devotee.
Ref >> Srila Prabhupada Vani.

← Līlā-avatāra.
Who can enter Siddhaloka → 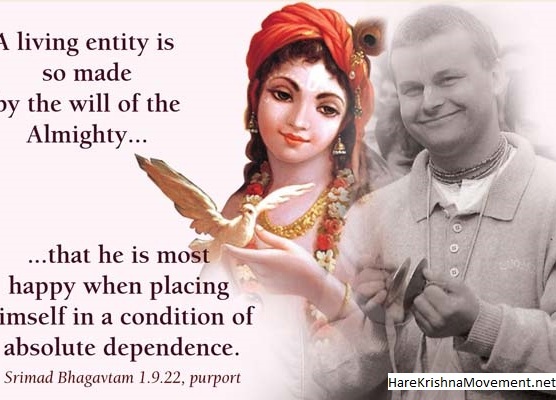